I wanted to personally welcome back everyone for the winter of 2017-2018! I am excited to be your winter weather source this season.

Some changes are in the works for snowcodomo and I will be going live in the next couple of days on a new website with my own domain for snowcodomo (with the help of Eric Palumbo) – yes very exciting news, I know!! I will send out all of that information so that you can sign up for alerts and spread the words to your friends and family.

Now, let’s get back to the weather. This winter will be a La Niña season for the U.S. Not to bore you with the details, but what that means is an average winter around the Northeast corridor of the U.S. regarding snow and cold.

The end of November and early December has been quite warm and above average for us, but ever since this past Wednesday, that warmth will be out the door for a while. The pattern is now changing to a colder and stormier one.

Take a look at these pictures (Sources: NOAA and Wxbell) 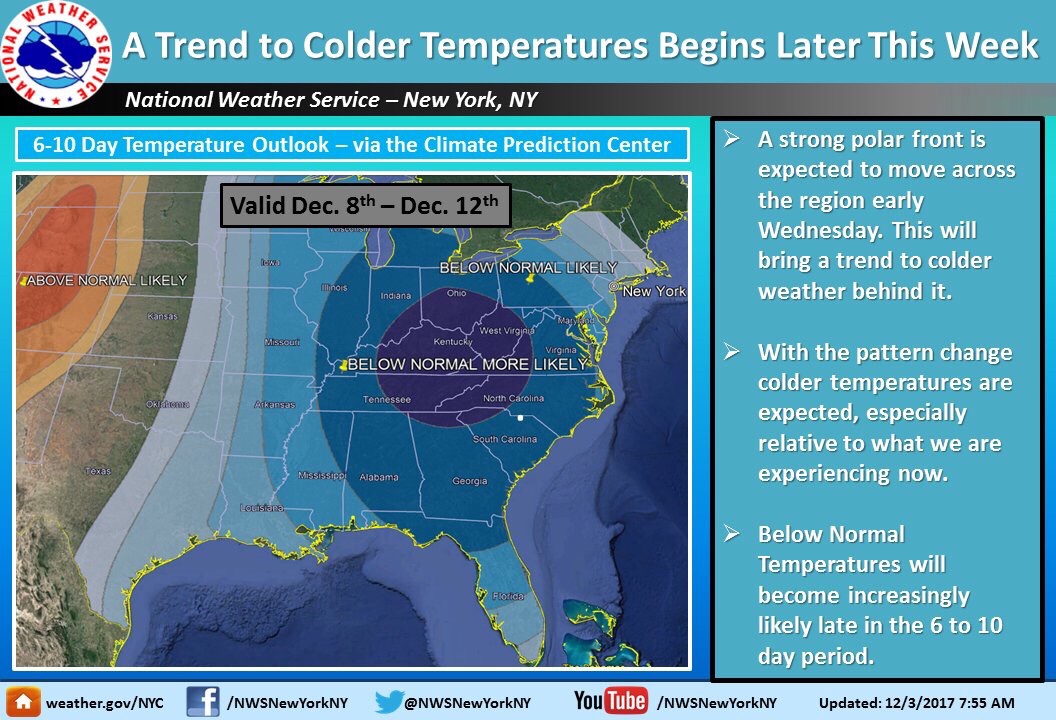 Shows deep cold coming from Canada/Arctic (the colder, brighter, colors around us).

As they are pretty clear, temperatures will be dropping and staying cold for quite some time.

With that being said, thoughts on a white Christmas might be coming to your mind, and all of the ingredients are coming together just for that.

Now is when I will start to get into the snow forecast for tomorrow – as I am tracking the first accumulating snowfall of the season for the I-95 corridor!

The ingredients for a snow day are there – the cold and the pattern change we currently have going on. Something going against a big snowstorm for us is the fact that there is a neutral NAO/not much blocking as of yet. If a negative NAO was in place, this would be a different storm and I would be talking about a major snowstorm headed our way.

If you take a look at this image, you can already see the record breaking snow/cold that has extended all the way south to the coast of Louisiana/Georgia areas, quite amazing, I must say: 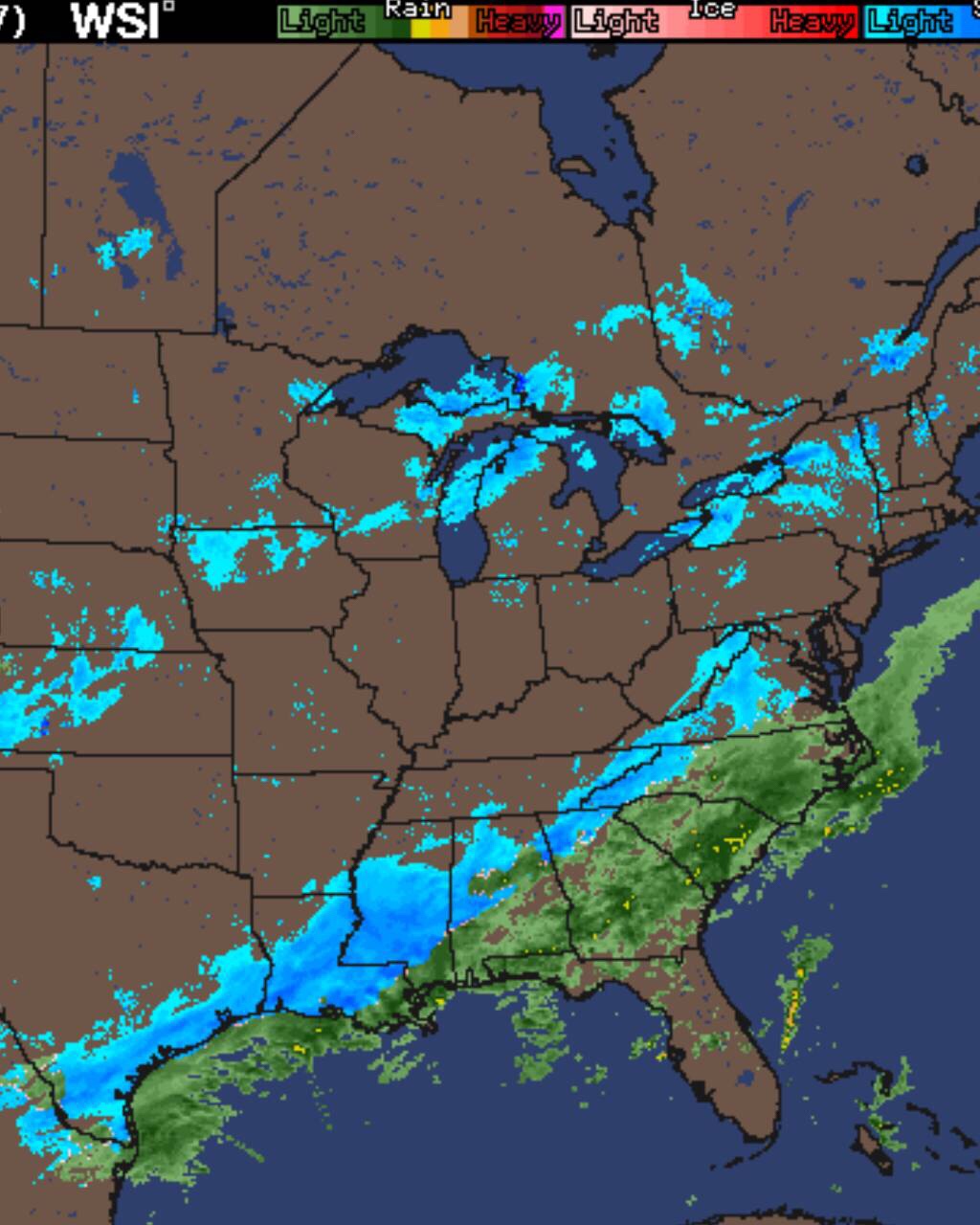 Here at my preliminary thoughts on tomorrow’s snowfall after analyzing the latest data coming in (I will have a full snowstorm update late tonight/tomorrow morning detailing region-by-region from D.C. to Boston saying what you can expect).

1. A light-to moderate snow event. (As we go further into the winter season I will rate snowstorms based on their impacts)

2. Preliminary snow totals of 2-5 inches for the NYC metro area

3. Start time of around mid-morning to late evening.

A main question to answer before my final forecast is how much interaction there is between the northern stream and the southern wave with this storm. If there is lesser interaction, the wave will be slower and too flat/weak. That will determine how far west the snow shield will go (how much snowfall there will be north and west of NYC). This is why a negative NAO is one of the factors that will help us in having a big snowstorm for the region. Whoever ends up being lucky enough to get under the heavier snow bands will receive the most snow – right now I am thinking that is going to be closer to the coastal areas as the storm is sliding a little to the east because of the less interaction between the waves. There will be areas where one town is under a heavy snow band, and 2 towns over the snow is very light. I will be nowcasting the storm with you all. I like a general 1/2-4/5 inches, with a swath of 4-7/8 inches occurring under whomever ends up under that heavier snow band.

As I always say, snow breeds more snow, and after tomorrow, I am already looking to next week, where the Tuesday/Wednesday timeframe looks very appealing for just that

Have a good weekend and be safe everyone – another update to come soon!

ABOUT US
Snow Codomo is you're one stop shop for the weather reports!!
Contact us: joecodomo7@gmail.com
FOLLOW US
© Copyright 2017 - SnowCodomo.com